Evaluation of the Social Services and Well-being Act – IMPACT

The Welsh Government has commissioned a partnership between leading academics across four universities in Wales and expert advisers to deliver the evaluation of the ground-breaking Social Services and Well-being (Wales) Act 2014.

The IMPACT project will deliver an independent and objective assessment of the implementation of the Act and the way in which it has impacted on the well-being of people who need care and support, and their carers.


The Path to Sustainability for NHS Wales

WIHSC worked in partnership with the Health Foundation, an an independent charity committed to bringing about better health and health care for people in the UK, on its Path to Sustainability study which modelled funding projection for NHS Wales to 2030/31.

Our role was to provide the econometric modellers with a range of likely expenditure estimates. These were derived from a series of participatory events with key clinical and non-clinical NHS leaders during which they were asked to consider the role and likely impacts that Prudent Healthcare would realise.

Clinical trials to determine the impact of social prescribing interventions

WIHSC has delivered two feasibility studies in partnership with colleague who are part of PRIME Centre Wales at USW. We established two waitlist trials in partnership with social prescribing interventions being run by Mind Cymru (SPRING) and British Red Cross (PROSPECT).

These are the first studies of their kind being run in the UK, and were recognised by the National Institute for Health Research in their recent call for additional research in this area.

Differences in pay and conditions for social care workers

WIHSC was commissioned by the Welsh Government to complete a review of evidence of variation in terms and conditions for social care employment contracts in Wales.

The key findings of the report show that there is some evidence of variation in pay and conditions within and between each of the social care sectors and between them and the NHS.

Service innovation has been at the heart of our work since WIHSC’s inception. Working in partnership with the Swansea Centre for Health Economics, our UK-wide study of the impact of Eye Clinic Liaison Officers (available in English only) is one such study.

We identified an evidence-base which has influenced the further implementation of this role within ophthalmology outpatient clinics. Key aspects of the study were published in the British Medical Journal.

Evaluation of the Neighbourhood District Nursing pilots in Wales

A statement from the Minister for Health in the Welsh Government announced the publication of the USW review. The Minister stated that in line with USW’s recommendations, he has made a financial commitment to an all Wales approach to caseload e-scheduling for district nursing, and that he is appointing a National Nursing Lead for Primary & Community Care to roll out the learning from the pilots. 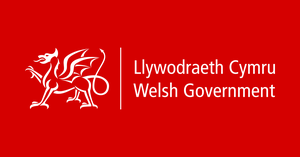 WIHSC study shines a light on one of Wales’ hidden workforces

Research on the Employment of Personal Assistants in Social Care